Ranveer Singh is known for his power-pack acting and dressing sense, but now, the actor has shown his love for Nutella and a great bond with singer Nick Jonas. The actor took to his Instagram account to share a story in which he can be seen holding a special Nutella jar with Nick’s face and name printed on it. He captioned it by writing, “Specially for my jiju!” and has tagged Nick on the post. He further said that a special consignment is on itsway. 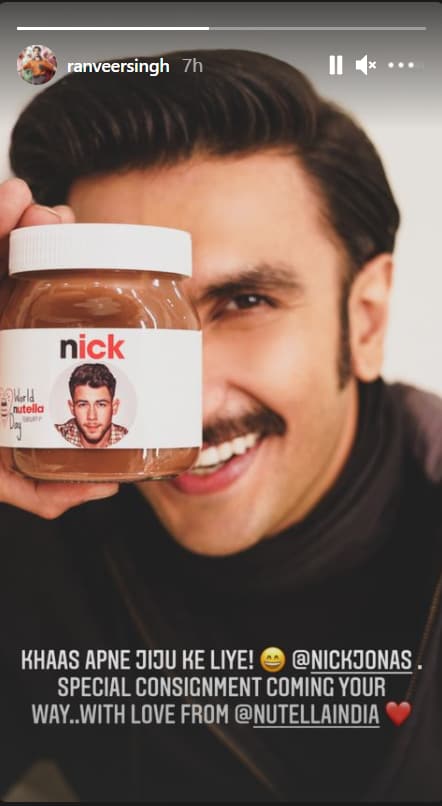 Earlier on February 1, 2021, Ranveer had shared a small video on his Insta account where he announced a contest for the fans who can participate and win customized Nutella jars. Commenting on the post, Nick had said that he will participate in the contest and hopes that he gets one of the custom Ranveer jars. He also asked about the prizes.

Woman gang-raped in Hapur – The Hindu

Ranveer is very active on social media platforms and keeps on updating his fans by posting pictures and videos. The actor has a whopping 34.7 million fan followers on Instagram.He played the role of Priyanka Chopra Jonas’s brother in Zoya Akhtar’s 2015 film Dil Dhadakne Do. This is one of the reasons behind him calling Nick ‘jiju’. Nick is also often fondly called ‘National Jiju’ by Priyanka’s fans in India.

Woman gang-raped in Hapur – The Hindu