The boom of firecrackers has begun as Deepavali celebrations kick in. Many traders have also acknowledged a rise in sales. But amidst the push for green crackers, questions are being raised about whether they really are the best alternatives to existing versions when it comes to reducing harm to humans and the environment. ‘Not a safe replacement’

They are not “completely free but are significantly less pollutive”, as compared to regular firecrackers.

“Their efficacies are determined by the Council of Scientific and Industrial Research (CSIR) and as of today, green crackers can only reduce emissions by up to 30% in comparison to regular ones. They are not a dependable and safer replacement to regular firecrackers, but they are only a low-emission and less harmful alternative. Green crackers use alternative, yet harmful chemicals like potassium nitrate and aluminium instead of magnesium and barium, and carbon instead of arsenic and other harmful pollutants,” Mr. Madhusudhan explained.

He added that green crackers undergo a chemical formulation to ensure reduced particle emission and a lower sound yield. “Regular crackers emit anywhere between 160 decibels to even 200 decibels while green crackers are restricted to about 100-130 decibels,” he added.

But is that enough? Pratima Singh, research scientist who leads the Air Pollution domain at CSTEP, told The Hindu that green crackers don’t solve any purpose because they too emit fine particle matter in the air.

“It becomes difficult to breathe owing to the high pollution concentration from burning firecrackers. Metrological conditions does impact the dispersion of the pollution. Traditional crackers are made up of a lot of toxic chemicals (elements and metals) which get released in the air when burnt, and causes increase in the particulate matter (PM) concentration level. PM 2.5 particles affect humans and increase their breathing problems. Very fine particles (PM1) go beyond the throat area and travel to lungs causing a severe health impact in the long run. Such a high level of pollution concentration impacts children and senior citizens most,” she said. 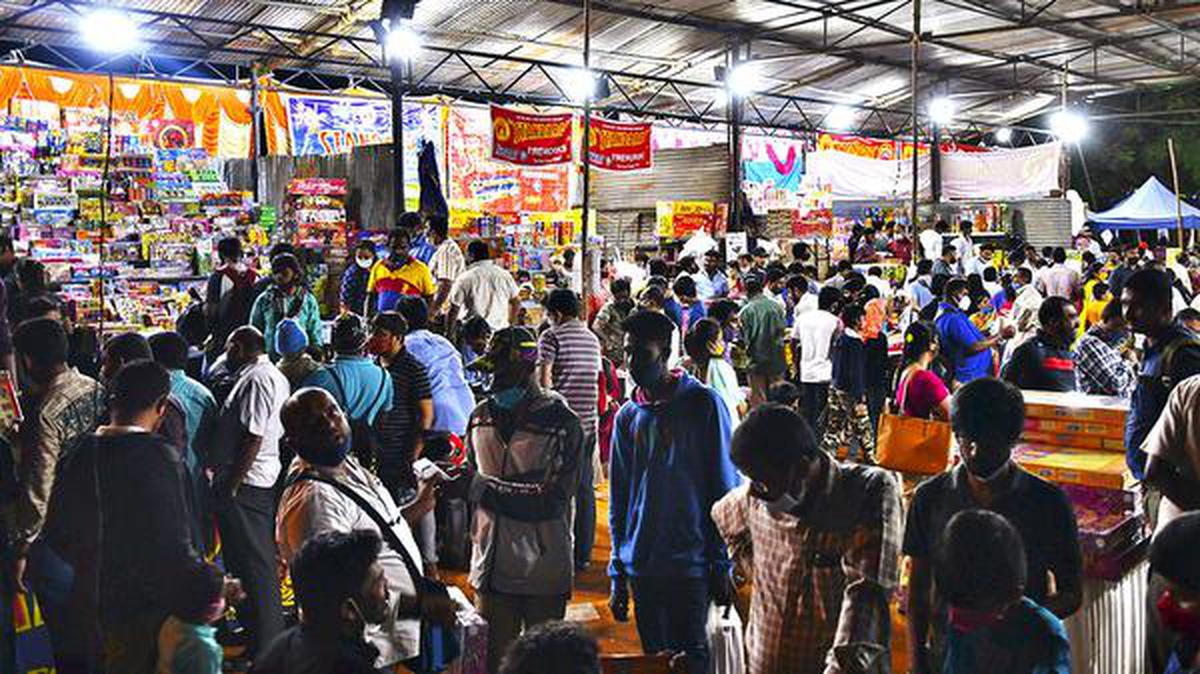 Explaining the impact of the weather, she said during this period the night temperature is low. Cold temperature results in restriction in the dispersion of pollutants. In cold weather, they will stay down at the breathing level, she explained.

While there are arguments that firecrackers are burned once a year for Deepavali, she said there is a cumulative impact of many houses burning crackers on the ambient air. “Winter adds to the severity. There are many polluting sources and episodes in the country which we are not able to control. Deepavali comes once a year and there are a lot of sentiments attached. Pilot studies need to be carried out to make smaller crackers which have lesser/negligible polluting agents and more sparkles, so they don’t harm the traditional aspect/faith of the community or the environment,” she recommended.

She also added that the Union Government will have the added responsibility of safeguarding livelihoods of those in the industry as well. “We have good institutions in the country which can work on finding a solution,” she added.

Meanwhile, Mr. Madhusudhan said people should look for green crackers that are branded differently with a ‘Green fireworks’ logo along with a QR code.