After skipping partying on Diwali last year, film and TV stars are back to celebrating the festive season together. Film and TV producer Ekta Kapoor hosted a Diwali bash at her residence in Mumbai on Wednesday. It was attended by several celebrities from showbiz.

Actress Anita Hassanandani, who is Ekta’s best friend, came dressed in an all-red outfit. She was seen along with her husband Rohit Reddy at the party. Sanaya Irani, Mohit Sehgal, and Ridhi Dogra were also seen arriving for the party in style. Others who joined in for some fun time included Tusshar Kapoor, Karishma Tanna, Mouni Roy, Hina Khan, Krystle D’Souza, and Ridhima Pandit.

Actress Sakshi Tanwar, who shares a great bond with Ekta Kapoor, was also snapped at the party. Sakshi kept it simple yet classy in a black saree for the bash.

Most of the celebrities were dressed in their best traditional attire. While Karishma, Ridhima, Hina, and Mouni were seen in beautiful lehengas, Aayush and Tusshar opted for kurta and pajama. 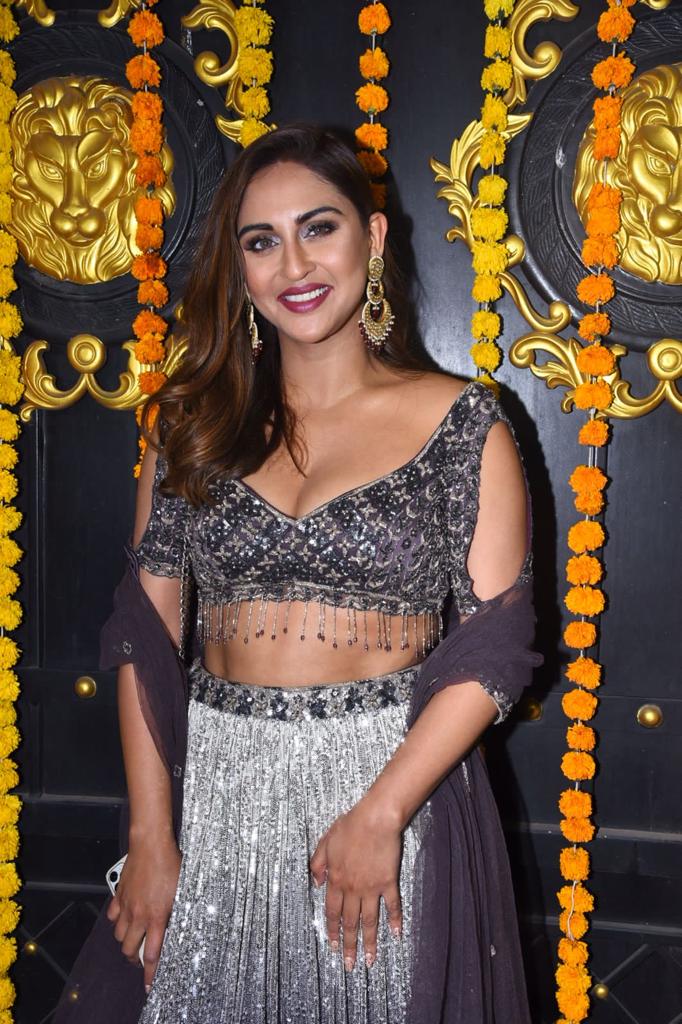 (All photos by Viral Bhayani)

Meanwhile, Ekta Kapoor, among others, was conferred with the fourth highest civilian honour, Padma Shri Award, last year. The producer will be receiving the award at a ceremony in New Delhi on November 8.