Dushyanth Sridhar channels his research on Indian scripture into a movie in Sanskrit, Sakuntalam

Dushyanth Sridhar, a Bangalore-based speaker and researcher on Indian scriptures, will soon be posing this question to audiences across the globe when his Sakuntalam releases. An adaptation of Kalidasa’s Abhijnana Sakuntalam, Dushyanth hopes to recreate a historical world in his upcoming Sanskrit film.

“If people can watch a Korean series called Squid Game, they will surely understand Sanskrit and warm up to Sakuntalam,” says a confident Dushyanth, who was recently in the city to supervise post-production work.

The journey began during a chance conversation he had with a friend, Srinivas Kanna, who is associated with the film industry. “He suggested I take up filmmaking, but I was apprehensive as it was absolutely the opposite of what I was doing at that point (religious discourses). But I knew the immense reach of cinema.” 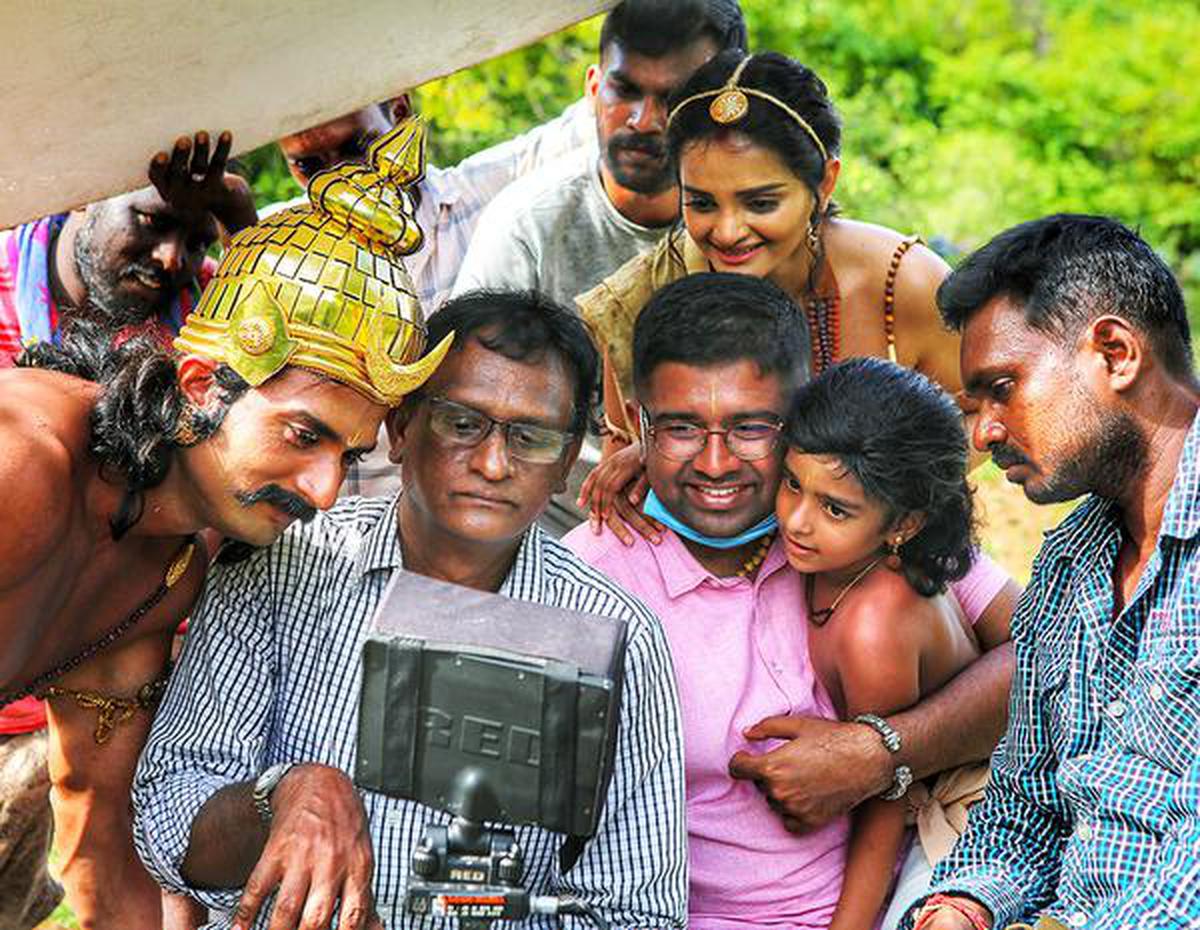 Then, he thought about Sakuntalam and Kalidasa’s storytelling nature. Given his proficiency and exposure to the language, Dushyanth decided to do it himself. “I became a filmmaker by chance.”

Starring debutants Shubham Sahrawat and Payal Shetty in the lead, and YG Mahendran, Mohan Raman and TV Varadarajan in vital roles, Sakuntalam promises to be an aesthetic adaptation of a popular literary work. “The drama in Sakuntalam is so dynamic. India is not just about the aghoris in Varanasi, or the garbage piled up at Perungudi… there is much more than it. There is so much in the past to observe.”

Story of the fabric

He is trying to get audiences to do that with his film, which will have dialogues in Sanksrit and Prakrit, with subtitles in English. Dushyanth could have chosen to deliver this message via a lecture in a sabha or a video online — but he opted for the cinematic medium instead. “Cinema is a powerful tool and has a great reach. I was not nervous on set, but it did take a few days for me to warm up to this new medium,” says Dushyanth.

Dushyanth deliberately roped in some seasoned names, including National Award-winners Pattanam Rasheed and Lenin for make-up and editing. “It took away so many of my worries, thanks to the technical pampering I received.”

The rise of OTT platforms and exposure to different kinds of cinema in the recent past augurs well for the team of Sakuntalam, says Dushyanth. “Once the entire product is ready, we will take it to OTT platforms. It also has global appeal and will interest scholars of linguistics across the world. Some people describe Kalidasa as the Shakespeare of India, but it is actually the other way round: Shakespeare is the Kalidasa of Europe.”