On your next road trip to Puducherry, linger over a brunch of Parisian croissants, then dine on pasta from Piedmont

Puducherry has always been rather French. Now, it also offers a slice of Italy with springy coils of tagliatelle, curls of green radiatori and loaves of ciabatta

Antonello Giglio began serving pasta during the first lockdown: Then, he could not stop.

“I started a food kitchen, and would make ravioli, lasagna and other fresh pasta with whatever was available from the farms around us. Soon, there was a long queue outside my door, and to be able to feed them all, I was in the kitchen for eight to 10 hours a day,” he says, leaning over the counter at his newly opened Gastronómica, set opposite the popular Auroville bakery.

The Italian entrepreneur hands over the last few slices of his signature, spongy flat bread pizza to customers, before turning to his well-stocked refrigerator to reach for bottled pasta sauces. When he first visited Auroville, 20 years ago, he noticed how difficult it was to find good pasta, but had no intention of staying on to remedy that. “I did different jobs in Italy, and then Spain, from selling furniture to managing a spa… Then eight years ago, I returned to Auroville to live here,” he says. 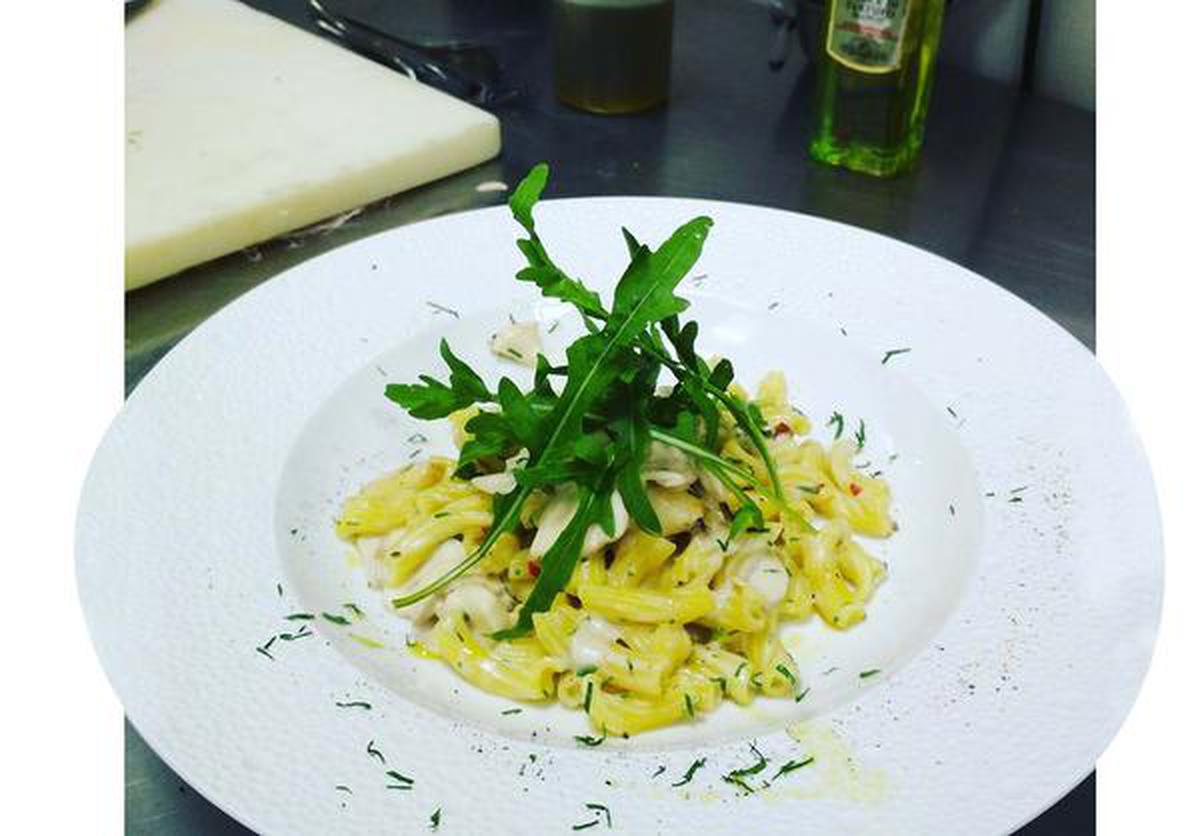 While living and volunteering with the Auroville community, Antonello began making the food he grew up eating in Piedmont, catering for private events. He then started making and focussing on creating a line of high quality, organic dry pasta. “The best ways are the old ways. We make pasta the same way it is made in the South of Italy, with organic wheat.”

Instead, springy coils of tagliatelle blush with beetroot, curls of green radiatori are brightened with spinach and the twists of casarecca are tinted with turmeric. To make it easier for customers to pull a dish together at home, Gastonómica also has a range of freshly made bottled sauce, including a creamy white mushroom sauce, pesto parmesan and arrabbiata.

“Right now we have fresh pasta like a ravioli everyday, with local mozzarella and ricotta. We make pizza, and loaves of ciabatta and multigrain,” says Antonello, explaining that Gastronomica with remain a gourmet store, with a takeaway space with no seating. “People can also pick up aperitivos like grilled zucchini, grilled capsicum and eggplant in the Fior D’Agosto marination, which has 13 herbs.”

Mobs of determined holidaymakers now arrive in increasingly frequent waves. “We can’t keep up anymore,” chuckles Dilip Kapur, founder of Hidesign. He should know: Dilip runs two of Puducherry’s most popular hotels — The Promenade and heritage hotel, Le Dupleix. And now, he has just launched a café, which he runs with Ruth Sequeira. Appropriately enough for a space that attempts to recapture the glamour of the little French town, it’s called ‘Le Pondicherry.’

“People want a holiday, a little escape. They are looking for that French Pondi, well more French tropics, with space to relax,” he says, “a place with great croissants!”

Walking through Casablanca, which was launched in the early 90s, he adds, “When we started this, we restored an old French colonial house and opened up the atrium to create this very ‘Pondi’ store. But now, in a few years, Pondi will become a city and what reason is there for Casablanca to exist.” The answer, he felt, was to create a space for both local and travellers, so they can relax and recharge.

Ruth orders a refreshing cold soup, followed by plates of large billowy croissants stuffed with chicken and mango chutney, as she explains how the café is really a creative collaboration between friends. While Chennai restaurateur Sandesh Reddy and Auroville’s Daniel Trulson helped the kitchen perfect their croissants, the coffee is customised by Divya Jayashankar of Beachville, and includes a Vietnamese Cold Coffee, a nod to the many Vietnamese that made Pondicherry their home. Fabien Bontems, from Auroville who runs the popular Mason & Co has also done a line of bon bons for the café.

As we try wedges of goat cheese and mushroom quiche, with cups of wild forest tea, Ruth explains how delighted they were to find these large-leafed teas foraged by local women in Manipur. The menu is succinct, but confident, focusing on a few things done well.

“In terms of food, it’s modern French: snacky, with desserts, chocolate and coffee at the heart,” says Dilip. Discussing how he plans to open his ‘Wildfish Bistro’ at the Promenade next, he says, “we aren’t a party town. But what we do have in Pondi and Auroville is — what I think — will soon be some of the finest food on the East Coast.”