Blooming of Forget-Me-Not, the first DLC for Sword Art Online Alicization Lycoris, is now available on Xbox One! I spoke with Lead Producer Keishu Minami to discuss what exciting content players can expect in this major DLC drop.

AL: Can you give us a brief overview of the plot of Blooming of Forget-Me-Not?

KM: First, Kirito wakes up from a dream where he loses Eugeo in a harrowing fight against the Administrator. From this dream, Kirito realizes that he needs to be a stronger swordsman in order to keep his precious friends safe. In search of the “other sword,” he sets off on an adventure with Eugeo to a new land where many new battles and drama awaits. Will Kirito be able to find another sword to be worthy of the name “Dual-Wielding” swordsman?

AL: This is the first major DLC release since the game launched. About how much content can players expect?

KM: With this new DLC, we will release a map with a total size similar to the main game. In the newly added map, there will be several new locations such as towns and brand new dungeons which the players will get to explore. The total play time is about 12 hours and up to 16 hours for those who want to really dig into the new content. Many new locations await in this DLC, so we hope players will take their time to enjoy playing this game to the core!

AL: That’s quite a big DLC! Were there any challenges when it came to creating a DLC that large?

KM: The most difficult part was creating the original story scenario. We had many discussions with the scenario writers of this DLC and the people involved in the original work, and we went through a lot of trial and error to figure out how to deliver the story of Kirito and Eugeo’s journey to the fans in a way that could be told through game format.

AL: Do you have any tips for players who want to play the DLC? Is there anything specific they should look out for?

KM: One big difference between this DLC and the main game is that some of the party members are fixed. The characters that travel with Kirito and Eugeo will change in each chapter, and you may even have a chance to control characters that you haven’t played with in the main game yet. If a character which you haven’t (or barely) played before, joins your party, take this opportunity to try them out!

AL: The name of this DLC is Blooming of Forget-Me-Not. Is there any significance to this name and the flower symbolism?

KM: The name “Forget-me-not” is taken from a flower by the same name, and it includes meanings such as “true love” and, of course, “don’t forget me”. Kirito has met many people in this world and has nurtured many feelings with them. Those meetings and partings have shaped him into the hero he is today. The flower symbolizes the importance of those encounters and feelings, and to never forget them. The best way to find out the reason behind this title and how the name connects with the story is to play the scenario yourself!

AL: Lastly, what are you most excited for fans to experience with this DLC?

KM: What we want the fans to enjoy the most is the story. As in the main game story, this DLC is set in an alternative world where Eugeo stays alive, which can only be experienced in this game. In this DLC, the relationship between Kirito, Alice, and Eugeo, which was not told in the anime or the original novel, will be portrayed in a new way. We hope fans of the series will enjoy the rich story that we’ve created! 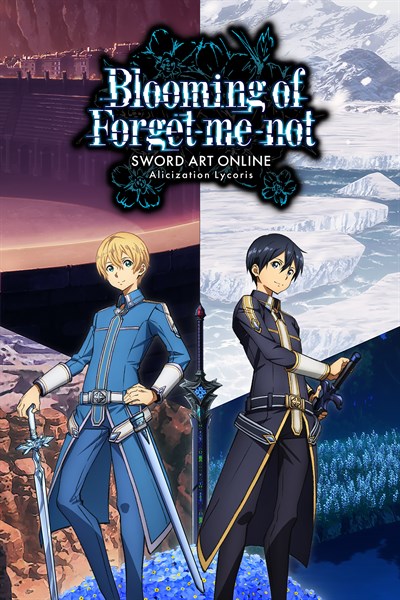 Kirito, Alice, Eugeo, and Medina fought for peace in the human realm, and the reign of the Administrator came to an end.
To avoid losing someone precious to him…
To become a stronger swordsman…
Kirito sets out with Eugeo in search of a new Divine Object.

*To play the Blooming of Forget-me-not DLC, you must complete the main story of SWORD ART ONLINE Alicization Lycoris.
*There is a bundle that includes this product. Be careful not to make duplicate purchases. 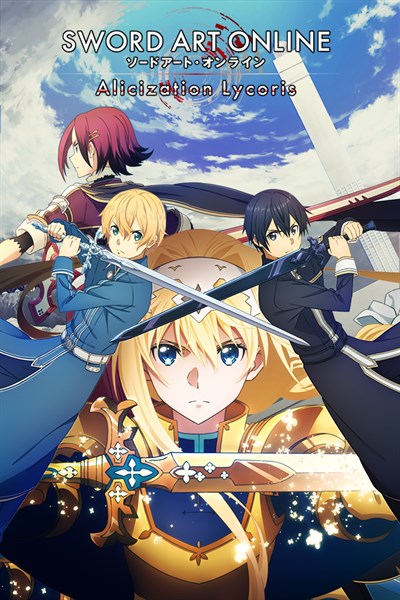 They always shared the same moments. They thought it would be like this for eternity.
―――
Kirito awakens in a completely unknown virtual world, but something about it feels a bit familiar…

Set in Underworld, an expansive world introduced in the SWORD ART ONLINE anime, Kirito sets out on adventure in the series’ latest RPG!

Kirito meets a boy named Eugeo. Somewhere deep within their hearts is a lingering promise. To fulfill that promise and avoid losing each other, they set out on adventure together. Nothing will keep them from reaching their goal.