A video explainer on Princess Mako giving up her royal status for love.

The Japanese imperial household is now down to 17 members, after Princess Mako relinquished her royal status post her marriage to a commoner.

On the morning of October 26, college sweethearts Mako and Kei Komuro had a simple wedding ceremony at the registry office in Tokyo.

Who is Princess Mako?

The former Japanese royal is the neice of the  reigning monarch, Emperor Naruhito.

After attending the Gakushuin school, an academic institute created for court nobles, Mako broke with custom by leaving the institution to study art and cultural heritage.

Mako and Komuro met while studying at Tokyo’s International Christian University in 2012.

Mako announced her engagement to Komuro in 2017 while she was still a Japanese Princess. 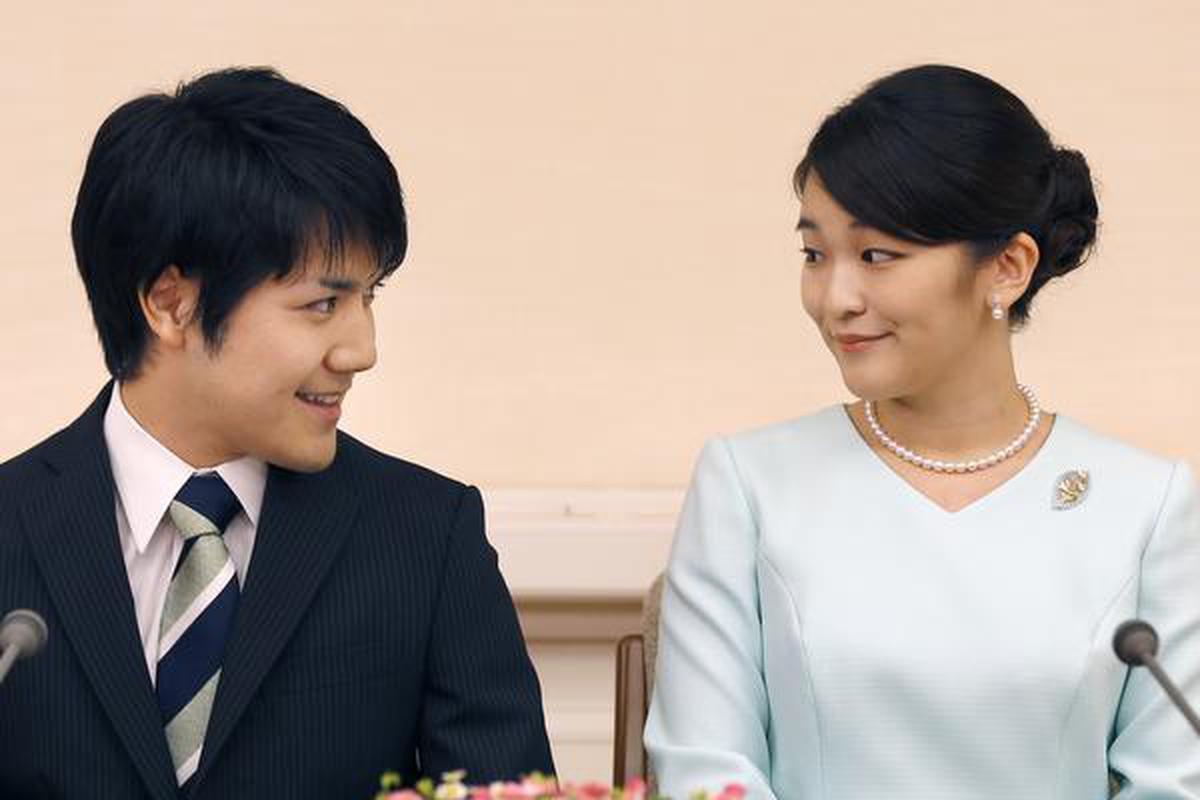 Japan’s Princess Mako and her fiance Kei Komuro look at each other during a press conference at Akasaka East Residence in Tokyo. File

Her announcement was met with intense media coverage and scrutiny of Komuro’s family.

The couple’s original plans to get married in November 2018 was postponed with Mako’s father Prince Akishino withholding his approval of the marriage.

Prince Akishino gave his consent to the match in 2020 and the couple finally got married in October 2021.

Mako, wearing a pale blue dress and holding a bouquet, skipped the traditional rites associated with a royal wedding.

The former Japanese princess even turned down a royal dowry of about $1.3 million that women of the royal family are traditionally entitled to receive upon marriage and departure from the imperial household.

Due to a law that states female members of the Japanese imperial household have to forfeit their royal status upon marriage to a commoner, Princess Mako has now lost her royal status. Japan’s Princess Mako (right), the elder daughter of Prince Akishino and Princess Kiko, speaks to the reporters as her fiance Kei Komuro, looks on during a press conference at Akasaka East Residence in Tokyo on September 3, 2017. The wedding will take place next year and after that Princess Mako will be a commoner and no longer a royal.

What next for Mako and Komuro?

Reports say that the couple will move to the U.S. where Komuro, a lawyer, has a job with a New York law firm.

Mako is recovering from what palace doctors describe as a form of traumatic stress disorder that she developed after seeing negative media coverage about their marriage, especially attacks on Komuro.

After the wedding ceremony, the couple held a news conference at a hotel less than a mile from the Imperial Palace where Mako said she hoped to lead a peaceful life in her new environment.e so vast that they could be easily captured on satellite photos.

Taliban ban use of foreign currency in Afghanistan, violators to be punished | World News