Which ‘Squid Game’ character will you dress up as for Halloween?

…With spooky season at our doorstep, a look at the ‘Squid Game’ costumes that could make their way into every Halloween party

When Mumbai cosplayer Medha Srivastava — known for her viral renditions of Loki, Khaleesi from Game Of Thrones and Dhanush in Jagame Thandhiram — watched Squid Game when it first dropped on Netflix, she knew the show would be a success and wasted no time in channelling her inner-Kang Sae-byoek, a North Korean defector who is one of hundreds competing in the series of deadly games, to win money.

The first season of the Korean-language survival-thriller series has become Netflix’s “biggest series launch” till date after it hit the mark of 111 million views in less than a month since its debut on September 17. And this further contributed to the hallyu boom across India that now sees more people recreating the marbles and the Red Light Green Light game or eating Dalgona candy, as well as leaning further into Korean culture. The biggest appeal of the fashion in Squid Game is its simplicity and borderline-neon colour-blocking as well as its gender-neutral statement.

Medha is one of many creatives around the world who has started cosplaying as the show’s characters. So far, we have seen cosplays of the players in their teal-green retro-inspired sweat-suit, the giant singing doll in her yellow and orange tunic ensemble, and the pink overall-donning guards with their full-face masks.

“Luckily, this costume didn’t require too many intricate details compared to what we do for Comic Con,” she says with a laugh. The real challenge lay in finding that teal-green jumpsuit that the Squid Game players wear. Residing in Andheri in Mumbai, she ventured out to the bustling Lokhandwala market but could neither find a set of that particular colour in the market nor online. So she bought a hoodie jacket online that did colour-match and she cut off the hood, painted on some white stripes and added a sticker that reads ‘067’ (Sae-byeok’s contestant number in the tournament) on the front.

For hair and makeup, Medha did the bare minimum without wanting to culturally appropriate the look of Sae-byeok. With a light brush of the brows and a stained lip, she was done. She also added clip-on bangs for good measure and crafted the Squid Game calling card with the triangle, circle and square on it. She posted the cosplay to her Instagram account on October 11 to more than 1,600 likes and hundreds of comments of praise.

Colour of the moment

Teal-green, a colour long ignored by many, is now the talk of the town, and within the last two weeks, fast fashion houses acted fast to create their own sweat-suit pieces of that colour. While Zara has two zipper jackets, H&M’s Conscious line offers a simple pullover. Accessories such as the Front Man’s matte black mask and the guards’ porous masks with one of the calling card shapes painted on it are also quickly becoming available on e-commerce platforms like Amazon and Flipkart, just in time for Halloween. Meanwhile, Bengaluru-based makeup artist Sakshi Chaturvedi could not decide between the Front Man (the enigmatic host of the games) with his alluring matte black geometric mask and the guards — so she went for a half-and-half look, choosing a bright pink hoodie. She added some wounds on her face to mimic the Squid Game shapes on one side and the other side had a painted mask and a blackout contact lens, proving you can add your own flavour to your recreation while staying true to the show.

Even the white sneakers worn by the players — which many suspect are Vans — have been in high demand, too.

A call for marketplaces

Just like in Mumbai, the open markets in the older parts of major metro cities are a great place to find resources for cosplay and Halloween costumes. Hyderabad’s Begam Bazaar and Delhi’s Chandni Chowk markets are choc-a-bloc with costume stores and kiosks that have face paints, overalls that can be dyed, liquid latex and other materials great for a Squid Game ensemble — but not the exact apparel. In early October, events manager Manohar Sriram scoured Begam Bazaar and recalled a conversation with a seller, “He told me that many people were asking him if he had anything from Squid Game and they showed him pictures on their phones. It had barely been two weeks since the release but an average of five people per week would come enquire.” 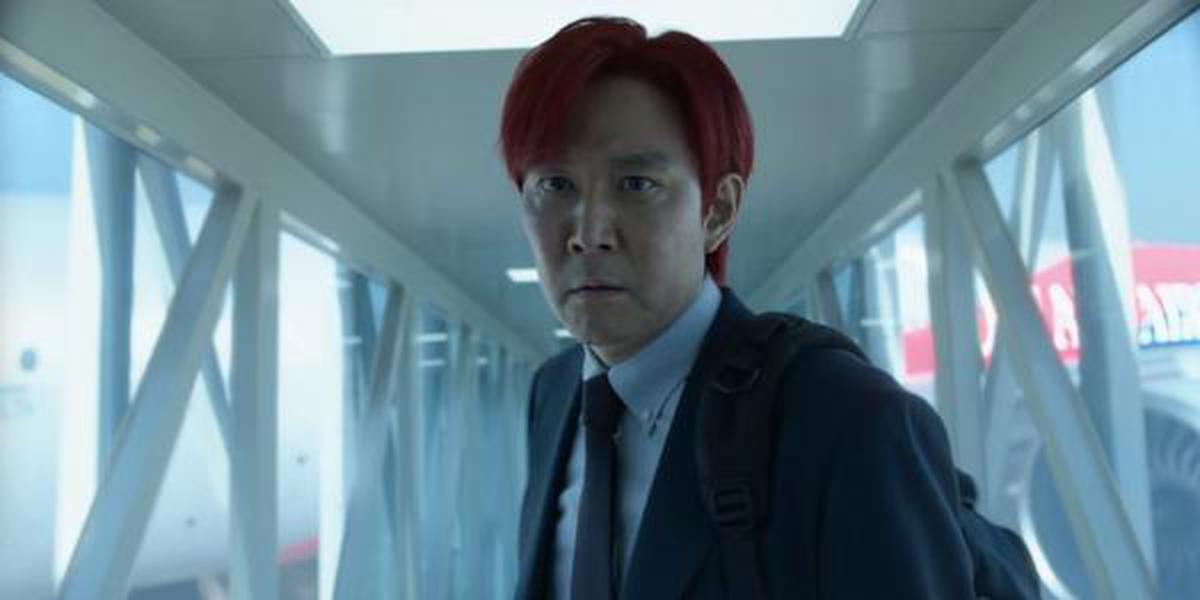 Probably the easiest costume to draw from Squid Game is a simple red wig; towards the end of the season, lead character Seong Gi-hun sports bright red hair while wearing a business suit. Wigs of the same colour with a side bang are now popping up on Amazon, Ubuy and Flipkart.

There will, of course, be trolls looking to make fun of the series. Vidya Ramraj in Hyderabad, who has not seen the show, explains her plans, “My cousin, who is a Squid Game fan, is hosting a Halloween party, so I have bought a squid costume and I’ll carry a kid’s chess board — to literally embody ‘Squid Game’ because there have been many such memes from people who haven’t seen the show.”