On Saturday, actor Prosenjit Chatterjee penned an open letter to PM Narendra Modi and West Bengal CM Mamata Banerjee, when his food ordered through a delivery app didn’t reach him, despite being paid for.

According to the actor, the incident happened on November 3. After he raised an issue, the food delivery app repaid the money. 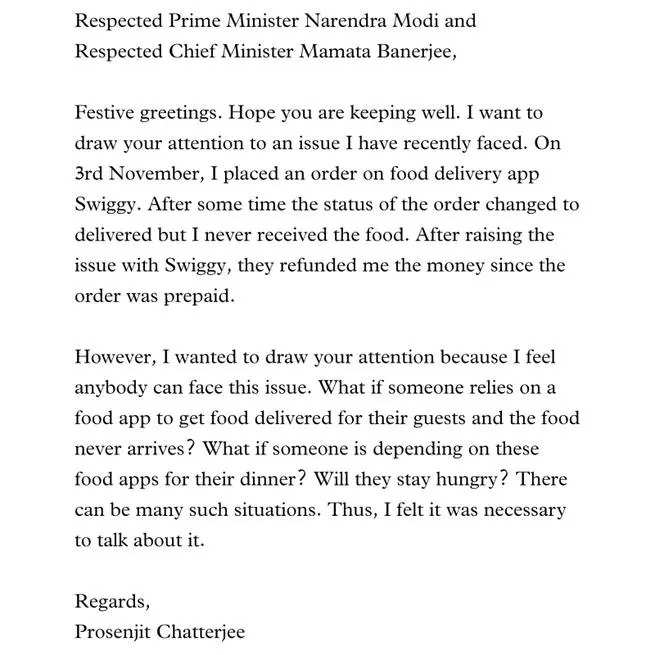 The actor also wrote on social media and tweeted about the matter tagging PM Narendra Modi and CM Mamata Banerjee for their kind attention. Prosenjit, who is in Mumbai for work commitments, said, “I have mentioned Narendra Modi Ji and our CM Mamata di in my tweet as I want people in the service industry to be more responsible. These days, we are all dependent on all kinds of apps and I personally use them and appreciate it. But people, who are serving food or medicines through apps, should be even more responsible. If a medicine doesn’t get delivered on time, it can be fatal for someone. We generally order food when we plan not to cook at home or guests come over. What if the food doesn’t get delivered but shows it has been delivered? Should people stay hungry? It is not about delivering new clothes, when one can wait. It is about food. I have tweeted this not as ‘actor Prosenjit Chatterjee’, but as a fellow citizen so that no one faces this kind of problem in the near future. I know some people might laugh at this tweet but I just wanted to make people aware that people hailing from the service industry should be more responsible. I have no personal grudge against anybody. This is not a complaint against anyone. In fact, I have ordered food again through this very food delivery app. I am sure there are people who have faced similar issues. I just want that it never happens to any one of us.”

Chennai’s Chef Damu gets a lifetime achievement award in London