New Delhi: November 8, 2021 marked five years since the Indian government decided to cancel the Legal Tender Status of Rs 1000 and Rs 500 denomination currency notes with a larger purpose to move India from a Tax Non-compliant society to a compliant society.

A Harvard University working paper finds that Demonetization led to a permanent increase in the use of digital transactions, especially among the young. Even two years after the event, those who switched to digital transactions have not returned to cash payments.

The Narendra Modi Government had decided to cancel the Legal Tender Status of Rs 1000 and Rs 500 denomination currency notes on 8th November 2016 with several objectives: (i) flushing out black money, (ii) eliminate Fake Indian Currency Notes (FICN), (iii) to strike at the root of financing of terrorism and left wing extremism, (iv) to convert non-formal economy into a formal economy to expand tax base and employment and (v) to give a big boost to digitalization of payments to make India a less cash economy.

The Harvard University working paper finds that post-demonetization, customers who switched to digital payments on e-commerce platforms—instead of cash-on-delivery—spend more per transaction and are less likely to return their purchases. Another university, the Northwestern University found a 60% permanent increase in fintech payments after demonetization.

The chart below shows growth in digital transactions post demonetisation. 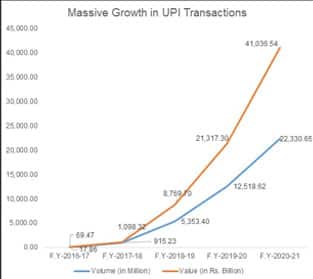 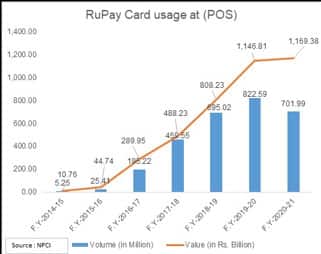