More often than not, Farhan Akhtar acknowledges his love for his girlfriend Shibani with adorable Instagram posts, and snippets from his everyday life. Having said that, the actor recently took to his Instagram handle to share an endearing post of his ladylove with his pet doggo.

Along with the picture, Farhan wrote, “Tell us the joke too ???? @shibanidandekar #jimstagram ❤️” While the post was showered with love and heartfelt comments from their fans and well wishers, Shibani Dandekar too, took to the comments section to reply him. She wrote, “The joke is we are leaving you all alone to deal with Tyson! ???? enjoy!” 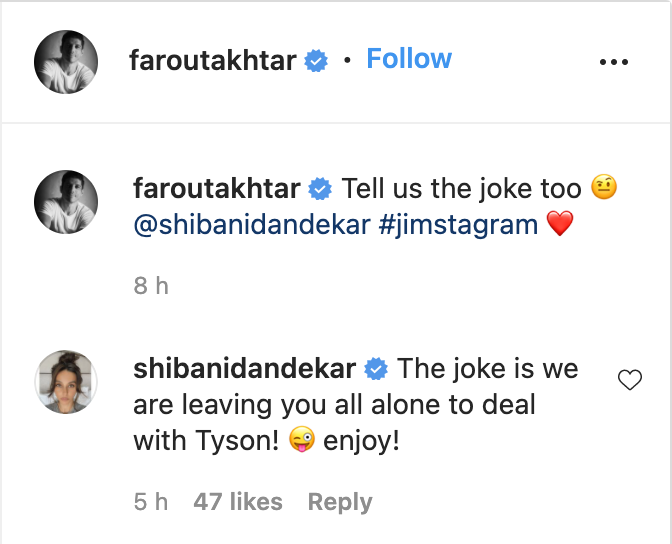 On the work front, the actor was last seen in ‘Toofaan’ co-starring Mrunal Thakur and Paresh Rawal. He will soon mark his directorial comeback with a road trip film, ‘Jee Le Zara’ that features Priyanka Chopra Jonas, Katrina Kaif and Alia Bhatt.