Chennai gets a new dinosaur attraction at India Seashell Museum

From all the updates on Raj Kundra‘s arrest in a pornographic case to Salman Khan and Shah Rukh Khan becoming neighbours and Aishwarya Rai Bachchan joining hands with Mani Ratnam again, here are all the headlines of the day by the latest edition of Bolly Buzz. 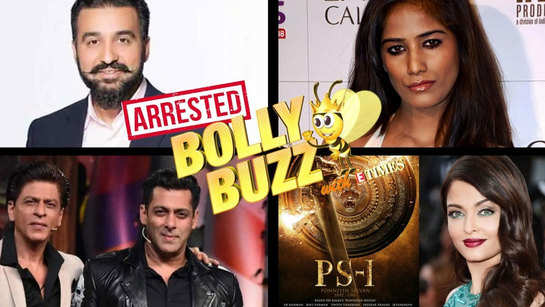 Businessman and Shilpa Shetty’s husband Raj Kundra, has been arrested for his alleged involvement in a pornographic case. The Police took Kundra into custody late last night in a case relating to the ‘creation of pornographic films and publishing them through some apps’. He was produced before the Esplanade Court along with fellow accused Ryan Tharp and has been sent to judicial custody till Friday, July 23.

Chennai gets a new dinosaur attraction at India Seashell Museum

Vivo tipped to launch Y53s smartphone on August 9, may come with 8GB RAM and 64MP camera

With Sea of Supporters on Cycle, Akhilesh Sounds Poll Bugle

Fire breaks out at IT building

NIMHANS to be part of global project to tackle encephalitis